Since September 2011, Michal lives at our BEAR SANCTUARY Müritz. Before his rescue, he was kept under terrible conditions at the zoo Braniewo in Poland. His enclosure there was only 60 square meters "big" and he spent his days sitting on concrete. During a fight with another bear, Michal lost his foreleg. With very serious behavioural issues, he was limbing in circles in the concrete enclosure, probably looking for a way out.

Luckily, we managed to get him out of there. Since he got to our sanctuary, he completely changed and became a total different bear. He loves swimming, digs holes, plays with branches and sticks and enjoys his life here a lot. His missing foreleg doesn't stop him from anything.

In spring 2013, we successfully socialized him with bear lady Tapsi. Michal helped her through a very tough time, when Tapsi's father Bummi passed away. Being with Michal distracted her from the sadness. The bears have a strong connection and spend most of the time together. Even in winter they share a den for hibernation.

With his very curious and playful way of being, Michal has a lot of fans and our visitors like to watch him playing in the woods. He often stays near the visitors, trys out weird-looking relaxing poses, runs around in the grass and never loses Tapsi out of sight.

Note: Any advertisements that may appear during the viewing of this video are unrelated to FOUR PAWS. We assume no liability for this content. 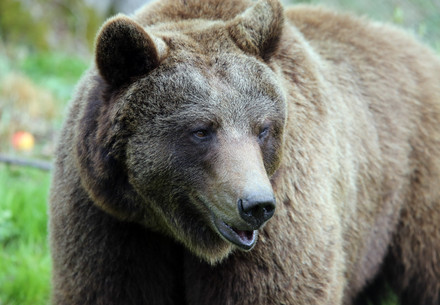 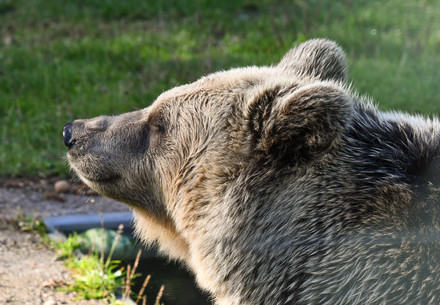 Happiness for the bears